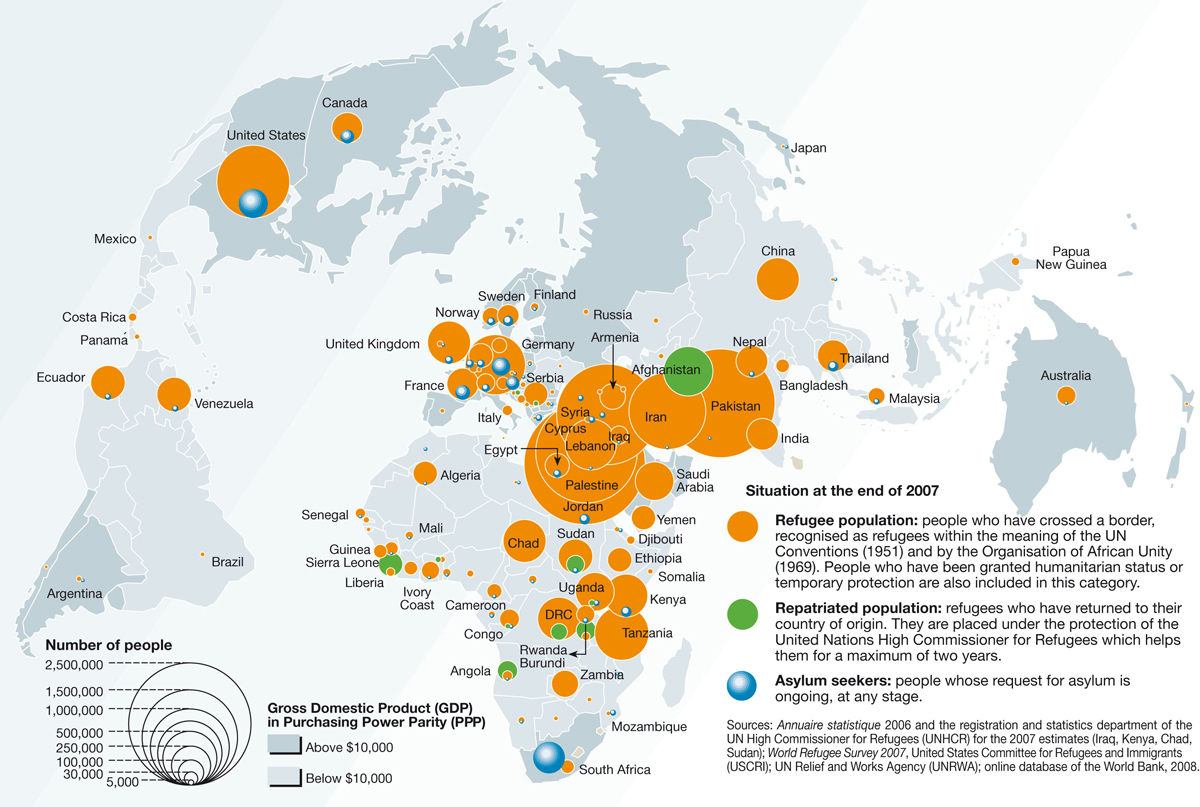 The main refugee problem lies around the middle east; especially b/c of the Israeli-Palestinian conflict, Palestinian refugee camps are dispersed all around in neighbouring countries. Refugees are also in the poorer countries, esp sub-Saharan African countries in Africa due to issues like government instability, problems with ethnicity, climate change, droughts, desertification, poverty, etc. where people have no choice but to take refuge in neighbouring countries.These refugees are under the temporary protection of UNHCR. Asylum seekers are located mostly in developed countries in Europe, Canada, US because these people are those who have made it but still applying to stay. These countries with more asylum seekers because asylum rules are less strict but it is a bigger burden and some areas would have a rise in violence against immigrants