World Hasn't Had So Many Refugees Since 1945, Report Says

The world hasn’t had so many refugees or internally displaced people since 1945, and numbers are expected to increase, according to an Australian research center.

About 1 percent of the global population, or about 73 million people, have been forced to leave their homes amid a spike in armed conflict over the past four years, the Institute for Economics and Peace, which compiles the Global Peace Index, said in a report published on Wednesday.

“One in every 130 people on the planet is currently a refugee or displaced and most of that comes out of conflicts in the Middle East,” institute director Steve Killelea said by phone. The numbers in Syria, where as many as 13 million of its 22 million people are displaced, are “staggering,” he said.

The number of people killed in conflict rose to 180,000 in 2014 from 49,000 in 2010; of that number, deaths from terrorism increased by 9 percent to an estimated 20,000, according to the report. The impact of this violence on the global economy, including the cost of waging war, homicides, internal security services, and violent and sexual crimes, reached $14.3 trillion in the past year, it said.

“To put into perspective, it’s 13.4 percent of global gross domestic product, equivalent to the combined economies of Brazil, Canada, France, Germany, Spain and the U.K.,” Killelea said. “It’s also more than six times the total value of Greece’s bailout and loans from the IMF, ECB and other euro zone countries combined.”

Iceland tops the index as the most peaceful country in the world, Syria as the least. 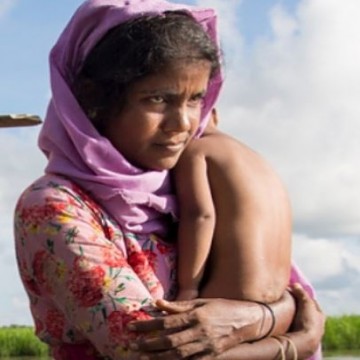